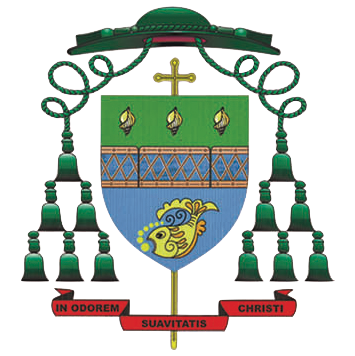 T. Lawrence Loganathan SJ hails from St, Sebastian Parish, Batticaloa. He joined the Society of Jesus in 2000 after completing his Advanced Level. He pronounced his first vows on 21 June 2003 in Colombo. After finishing the Novitiate he went to Chennai where he completed BA in Sociology and MA in Philosophy. Then he came to Sri Lanka for regency. His regency experiences have helped him to understand his call deeply and to serve the needy and disadvantaged. In 2010, Lawrence went to London to follow his theological studies at Heythrop College, University of London. On 9th February, 2013 he was ordained a Deacon at St. Ignatius Church, Stamford Hill, by His Lordship John Arnold, the Auxiliary Bishop of Westminster Diocese. He was ordained a priest on 14th September, on the feast of the Exaltation of the Holy Cross at St. Sebastian Church, Puliyadikudah by His Lordship Rt. Rev. Dr. Joseph Ponniah. He offered his first thanksgiving mass at St. Sebastian Church on 15th September. Bishop Joseph, together with the priests of Batticaloa diocese congratulates him and wishes a fruitful priestly mission.